SOMEWHERE TO SAVE YOURSELF

A long time ago there were scribners. “How nice” you say, “so they wrote all day and got well paid”. Not exactly. Scribners were, to put it bluntly, human photocopiers. They were given a document and told: “Give me ten copies by four”.
To make matters worse, the first typewriters wouldn’t arrive until the seventies (the 1870s, obviously).
Bartleby, one of Melville’s protagonists, copied for a Wall Street lawyer. He would sit at a small table behind a partition in front of a window which, “following successive renovations, no longer overlooked anything”. The office had frosted glass which separated the rooms and the quarrels of his colleagues could be overheard; at least when it wasn’t as silent as the grave.

So what does all this have to do with a bar?
We would say that we wanted to create a contrast with Bartleby’s office first of all. We wanted a place where there are colours, noises, movements, smells and sounds: nothing could be further from an office on Wall Street.
If you take a look out of our Bartleby’s windows you will see a bustling riverside neighbourhood with a square and a market amongst the trees.

In the end, we want our bar to be full of people, so full that it’s impossible to get wrapped up in your own thoughts. There are many places at the Holden where you can reflect and write but the Bartleby is not one of them. Chat, relax and mingle. It’s worth remembering that good ideas need to be spread amongst like minds in bars like this. 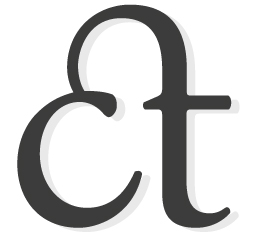 Would Bartleby the scribner have come to such a place? We’d like to think so. It could have given him what he so desperately lacked; somewhere to save himself.
If that’s the case then perhaps the end of the story would have been different.

If one day you happen to be taking a walk in Manhattan’s Upper West Side then you might stumble across a place called Barney Greengrass, the Sturgeon King since 1908. If you take a look inside you might suspect a glitch in the Matrix code because you’d find the same tables, the same chairs, the same green walls and shelves from our bar. It’s strange but true, although we definitely have better coffee.

One last thing before you order.

You can come to the Bartleby simply for a good time but if you’re more interested in ‘structured fun’ then we present Morsel, bocconcini di storie. It’s ideal for something to do in the evening, obviously while drinking and having a quick nibble. If not, then why not?